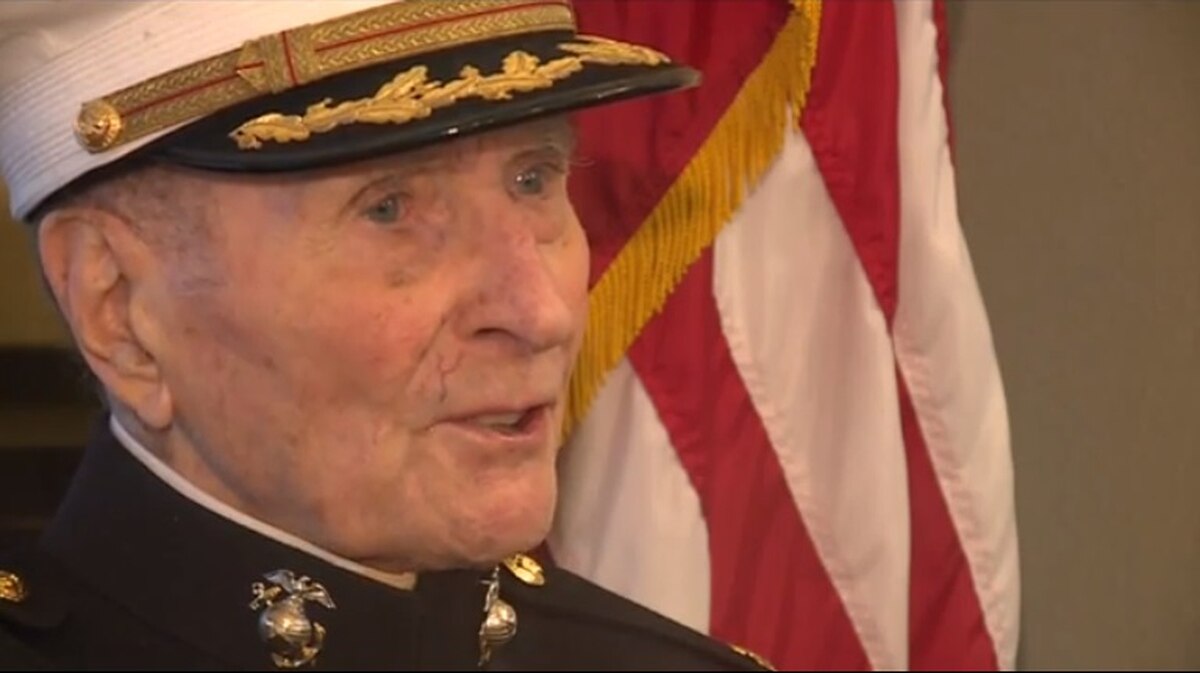 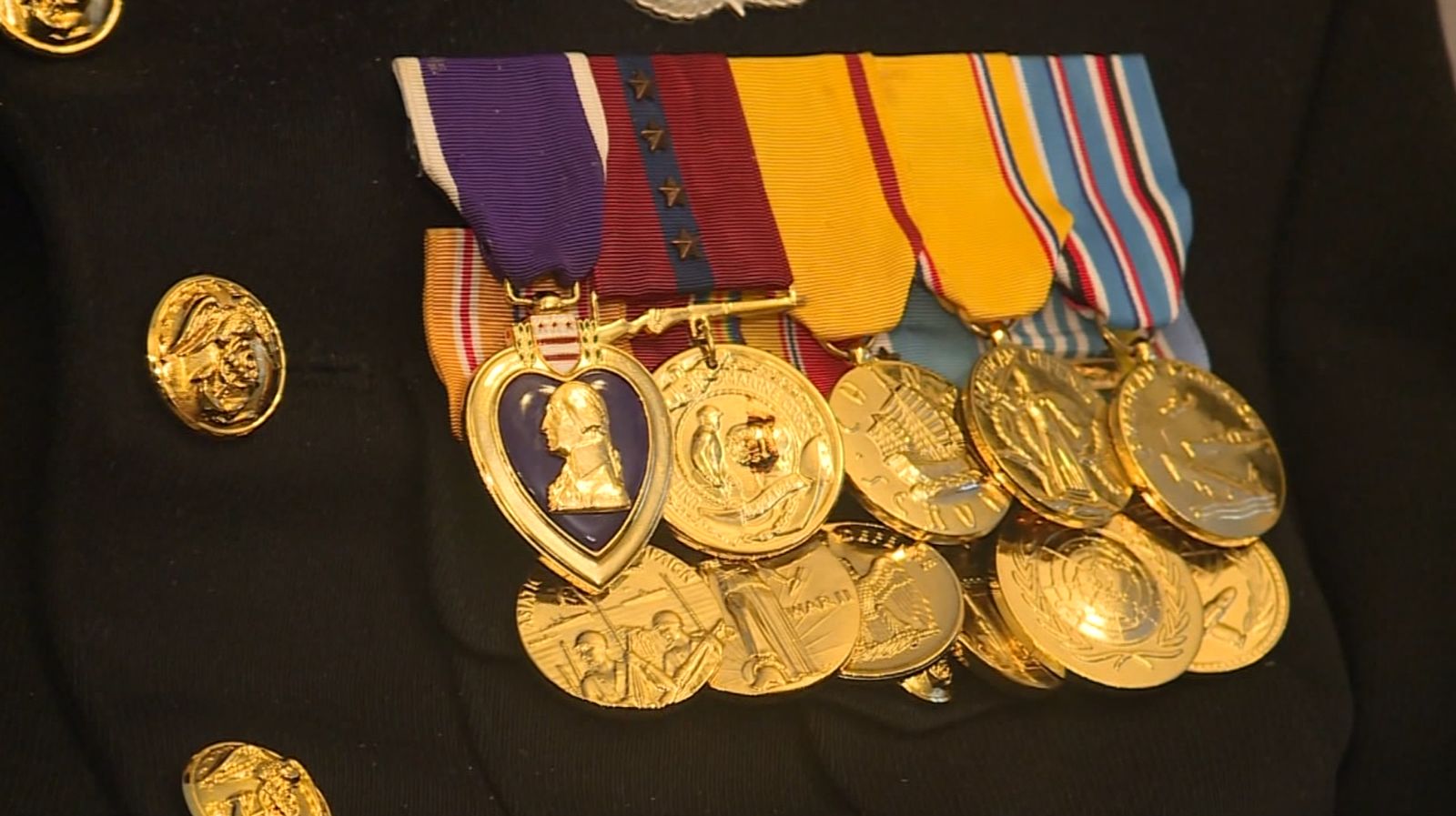 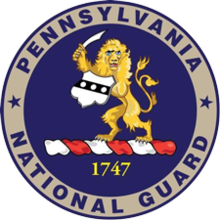 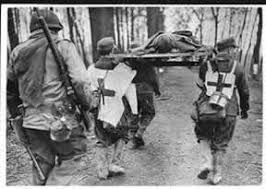 Medics in World War II were the front line of battlefield medicine. In the American army, a battalion of some 400 to 500 men typically would have about thirty medics or aidmen; although sometimes attrition made that number much smaller. Their job was not to conduct extensive treatment of the wounded, but to stabilize them and to prepare them for evacuation to field hospitals or medical centers to the rear. They were trained to stop bleeding, apply dressings, sprinkle sulfa powder on wounds as an antiseptic, and to administer morphine as a sedative. More elaborate medical treatment would wait. Tragically, the medics often had to make the decision of which wounded soldiers were beyond help, and resolutely move on to the next wounded man. Medics from other allied nations, and even Axis nations, performed the same basic functions and displayed comparable courage.

On D-Day, June 6, 1944, dozens of medics went into battle on the beaches of Normandy, usually without a weapon. The large red cross on their helmets was supposed to protect them, and Germans usually (but not universally) respected that convention. But even aside from the threat of direct enemy fire, being a combat medic was a dangerous assignment; shell fire and shrapnel drew no distinction between combatants and noncombatants. On D-Day, and especially on Omaha Beach, evacuation of wounded soldiers was a nearly impossible task. Not only did the number of wounded exceed expectations, but the means to evacuate them did not exist. Landing craft off-loading invasion personnel had no time to carry the wounded back to the fleet, and were not under orders to do so. While some did assist in medical evacuation, most of the wounded on the beaches had to be brought forward to cover, or left where they had fallen. The Normandy Invasion is one of the few battles in history where the wounded were moved forward, into fire, whether than back, away from the fighting. 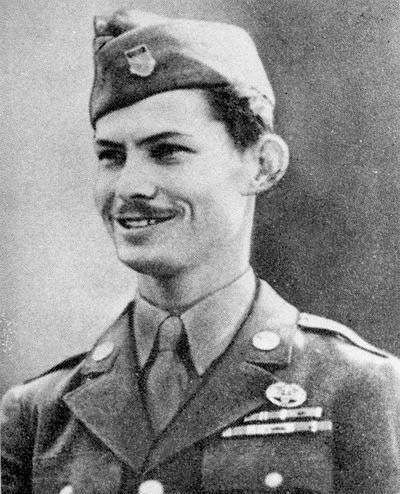 Medics were sometimes chosen for their medical expertise; more often they had to be trained from scratch. Some were conscientious objectors who opposed the taking of life and were assigned this role as an alternative to a combat role. One such medic was PFC Desmond Doss of Lynchburg, VA, who refused to carry arms due to his religious faith, but who wanted to serve his nation in a noncombatant role. On Okinawa in May 1945, Doss single-handedly saved the lives of some 75 men by braving enemy fire to rescue them. He was awarded the Congressional Medal of Honor, the first conscientious objector and one of only eleven medics in WWII to be so honored. 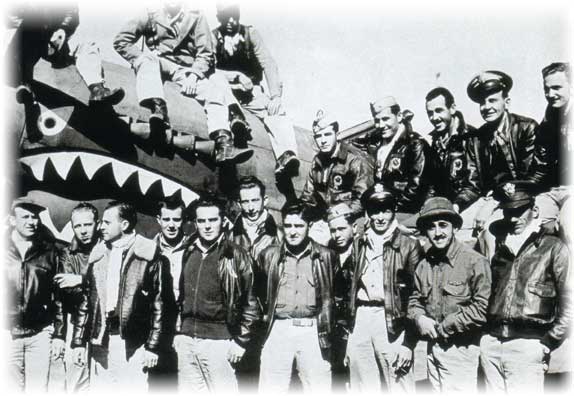 The First American Volunteer Group (AVG) of the Chinese Air Force in 1941–1942, nicknamed the Flying Tigers, was composed of pilots from the United States Army Air Corps (USAAC), Navy (USN), and Marine Corps (USMC), recruited under President Franklin Roosevelt’s authority before Pearl Harbor and commanded by Claire Lee Chennault. Their P-40B aircraft, marked with Chinese colors, flew under American control. Their mission was to bomb Japan and defend China but many delays meant the AVG flew in combat after the US and Japan declared war.

The group consisted of three fighter squadrons of around 30 aircraft each that trained in Burma before the American entry into World War II to defend China against Japanese forces. The AVG were officially members of the Chinese Air Force. The group had contracts with salaries ranging from $250 a month for a mechanic to $750 for a squadron commander, roughly three times what they had been making in the U.S. forces. While it accepted some civilian volunteers for its headquarters and ground crew, the AVG recruited most of its staff from the U.S. military.

The group first saw combat on 20 December 1941, 12 days after Pearl Harbor (local time). It demonstrated innovative tactical victories when the news in the U.S. was filled with little more than stories of defeat at the hands of the Japanese forces and achieved such notable success during the lowest period of the war for both the U.S. and the Allied Forces as to give hope to America that it might eventually defeat Japan. AVG pilots earned official credit and received combat bonuses for destroying 296 enemy aircraft, while losing only 14 pilots in combat. The combat records of the AVG still exist and researchers have found them credible. On 4 July 1942 the AVG was disbanded and replaced by the 23rd Fighter Group of the United States Army Air Forces, which was later absorbed into the U.S. Fourteenth Air Force with General Chennault as commander. The 23rd FG went on to achieve similar combat success, while retaining the nose art on the left-over P-40s. 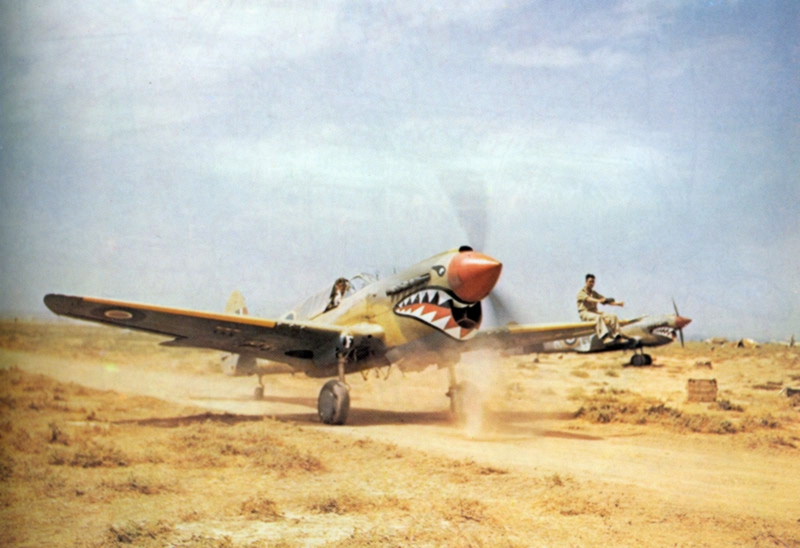 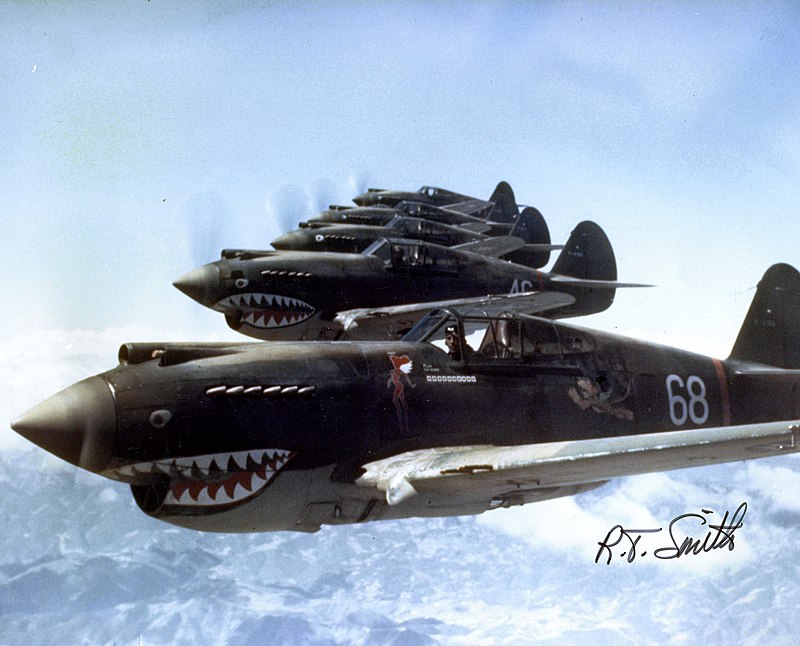 AVG fighter aircraft were painted with a large shark face on the front of the aircraft. This was done after pilots saw a photograph of a P-40 of No. 112 Squadron RAF in North Africa, which in turn had adopted the shark face from German pilots of the Luftwaffe’s ZG 76 heavy fighter wing, flying Messerschmitt Bf 110 fighters in Crete. (The AVG nose-art is variously credited to Charles Bond and Erik Shilling.) About the same time, the AVG was dubbed “The Flying Tigers” by its Washington support group, called China Defense Supplies. The P-40’s good qualities included pilot armor, self-sealing fuel tanks, sturdy construction, heavy armament, and a higher diving speed than most Japanese aircraft – qualities that could be used to advantage in accordance with Chennault’s combat tactics. Chennault created an early warning network of spotters that would give his fighters time to take off and climb to a superior altitude where this tactic could be executed.