If you’ve been following our Instagram posts this week, you will have seen part of our small batch of jackets featuring celebrities who have served. We specifically showed you a preview of our Elvis Presley and Stan Lee jackets, and give you a small tidbit about their time in the service. Here are some other quick facts about some more celebrities who have served in the US Armed Forces, some of which are also featured on our jackets, available exclusively at Makers. You’ll have to stop in to find out which ones though! 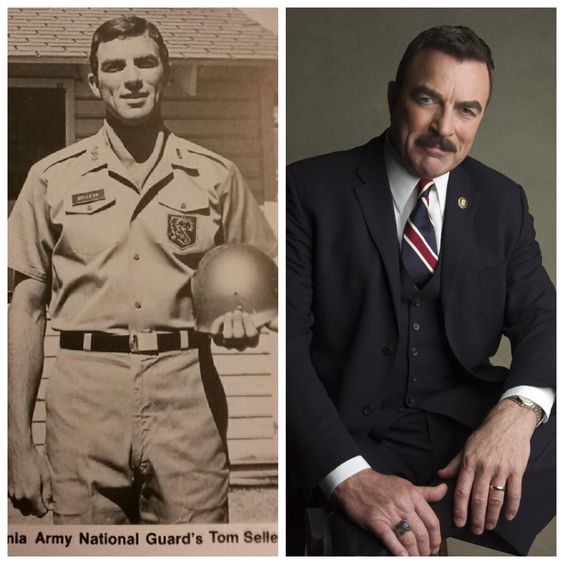 Tom Selleck was drafted into the Vietnam War in 1967. He joined the California National Guard in the 160th infantry regiment. He served until 1973. He remains a spokesperson for the Vietnam Veteran’s memorial fund. 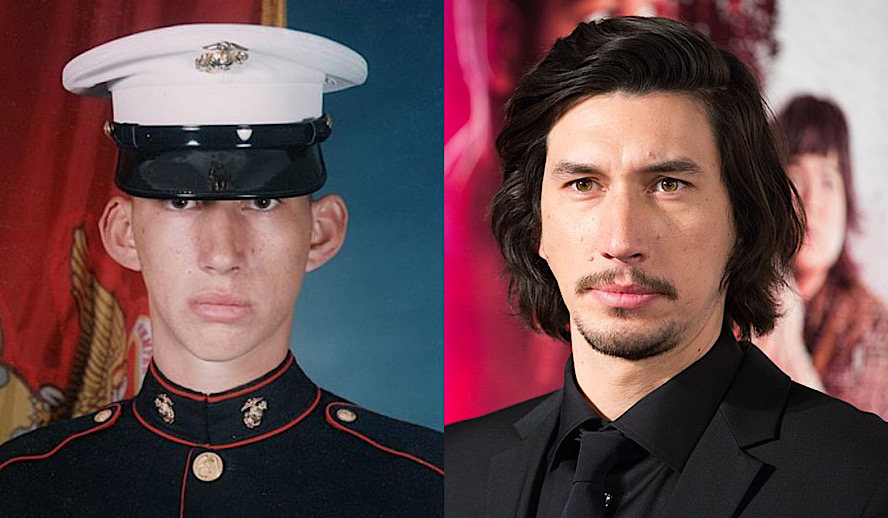 Adam Driver was inspired to join the Marines in 2002, shortly after 9/11. He was stationed at Camp Pendleton and assigned  to Weapons Company, 1st Battalion, 1st Marines as an 81mm mortar man. Two years into his training, he was involved in a mountain biking accident that broke his sternum and led to a medical discharge. He and his wife co-founded Arts in the Armed Forces, which brings theater programs to active soldiers and veterans. 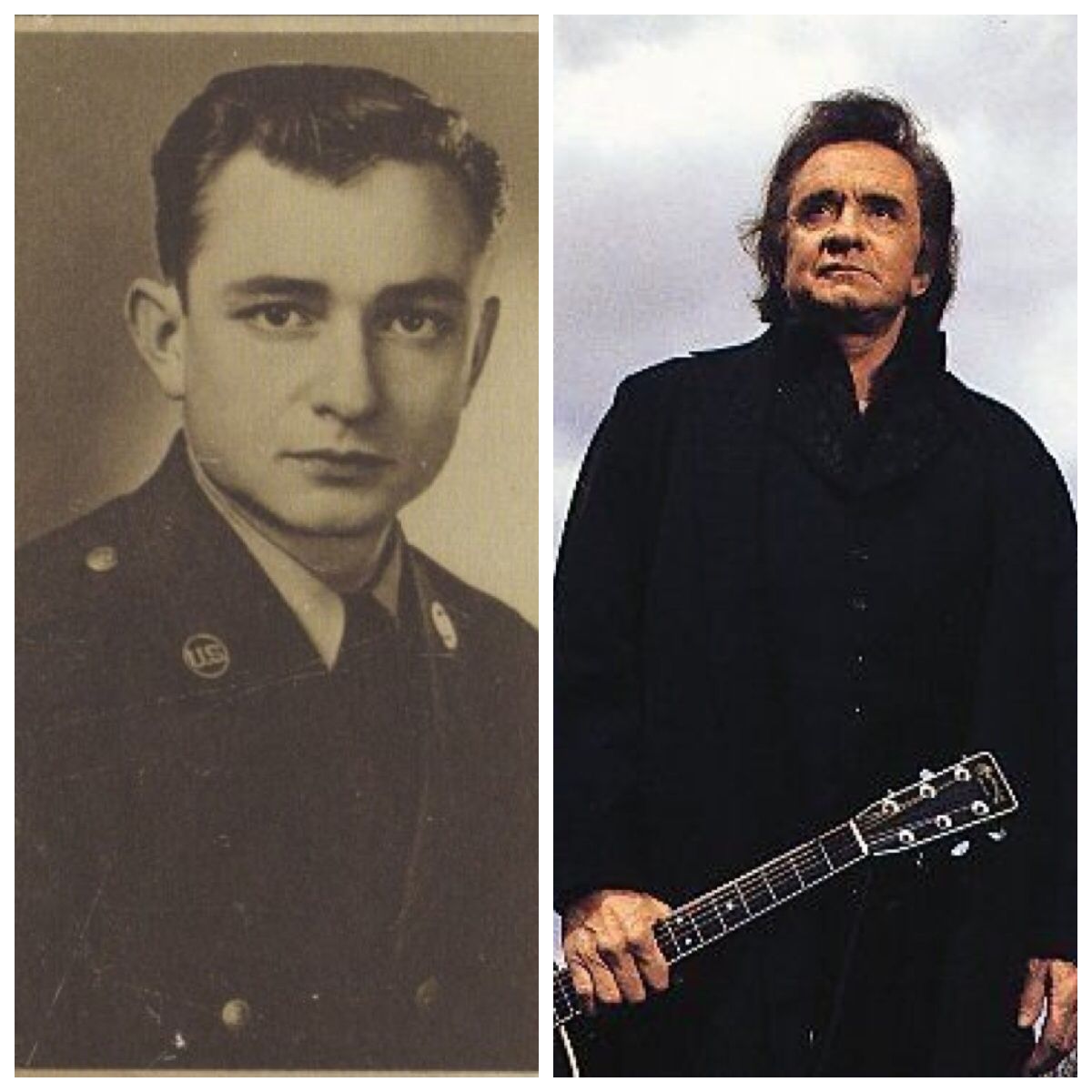 Johnny Cash voluntarily joined the Air Force in 1950. After basic training, he was assigned to the 12th Radio Squadron Mobile in West Germany. He worked as a Morse code operator to intercept Soviet Army tranmissions. During his time in West Germany, Cash created his first band, “The Landsberg Barbarians”. He was honorably discharged in 1954 at the rank of staff sergeant.

Fun fact: On March 5, 1953, he intercepted a telegraph that Stalin had died, which made him the first American to be aware of the Soviet leader’s death. 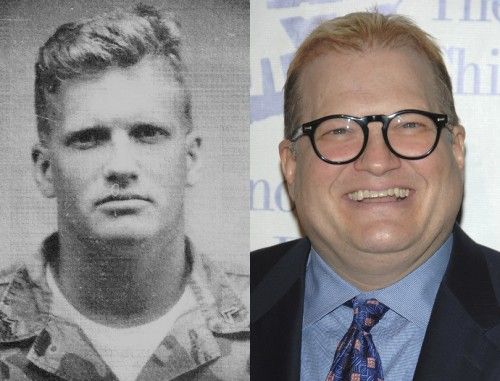 In 1980, Drew Carey signed himself up for the Marine Corps Reserve. He served for 6 years as a field radio operator in the 25th Marine Regiment. To this day, he credits his time in the Marines for giving him the self confidence and discipline to become a successful comedian. 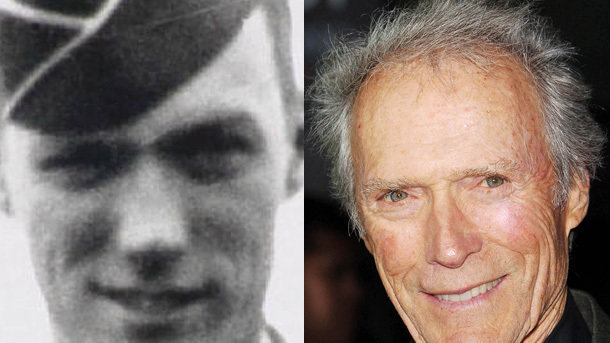 Clint Eastwood was drafted into the Army in 1951, during the Korean War. He served as a swim instructor at California’s Fort Ord. During his time in the service, Eastwood was on board a Navy bomber when the engine failed and the plane crashed. Eastwood had to swim over a mile to shore. He was honorably discharged in 1953. 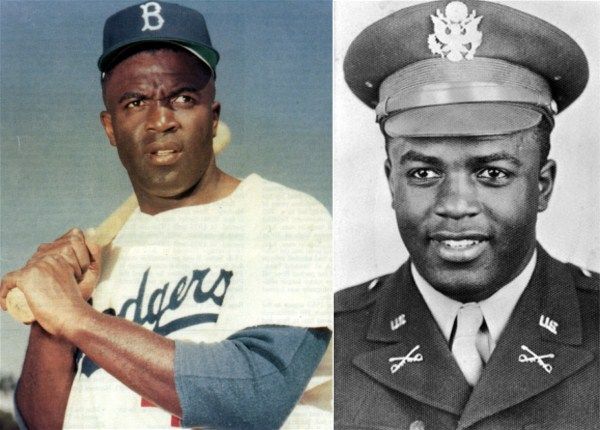 Jackie Robinson was drafted into a segregated cavalry unit of the Army in 1942. He was accepted into Officer Candidate School after much discrimination and debate, and succesfully completed it to be commissioned as a Second Lieutiant. In 1944 Robinson was transferred out of his unit after refusing to move to the back of a military bus. He was sent to the 758th Tank Battalion, where he was quickly accused and court-martialed for insubordination. He was fully aquitted, and requested to be released from the Army. Robinson was transferred to Camp Breckinridge, where he coached black athletic teams until his honorable discharge in 1944. 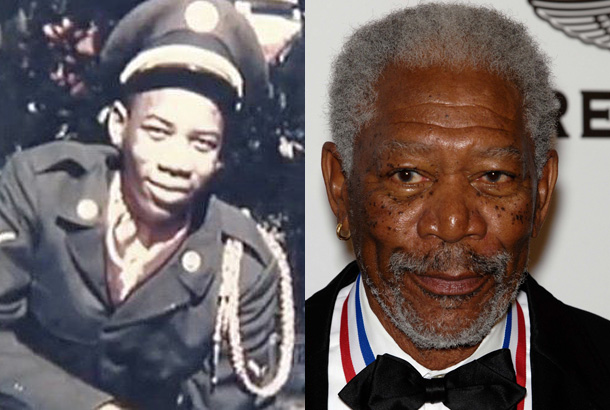 Morgan Freeman joined the Air Force in 1955, with dreams of becoming a pilot. He even turned down a scholarship to Jackson State University to enlist. Instead of flying though, he was assigned to become a radar technician. Eventually he was given his chance to become a fighter pilot, but quickly realized the job wasn’t what he thought it would be. He was honorably discharged in 1959. 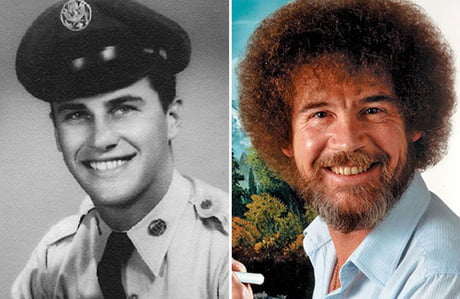 Bob Ross enlisted in the Air Force in 1961, but his tall height made it difficult to train as a pilot or work on planes. Instead he was assigned to become a medical records technician. A few years into his service, he was transferred to Eielson AF Base in Alaska. It was here that he was inspired by the mountains and scenery to take painting classes offered by the USO. After 20 years, Ross retired from the service as a master sergeant. His rank meant that he had to maintain a tough (and loud) appearance, so when he retired he said he never wanted to raise his voice again.