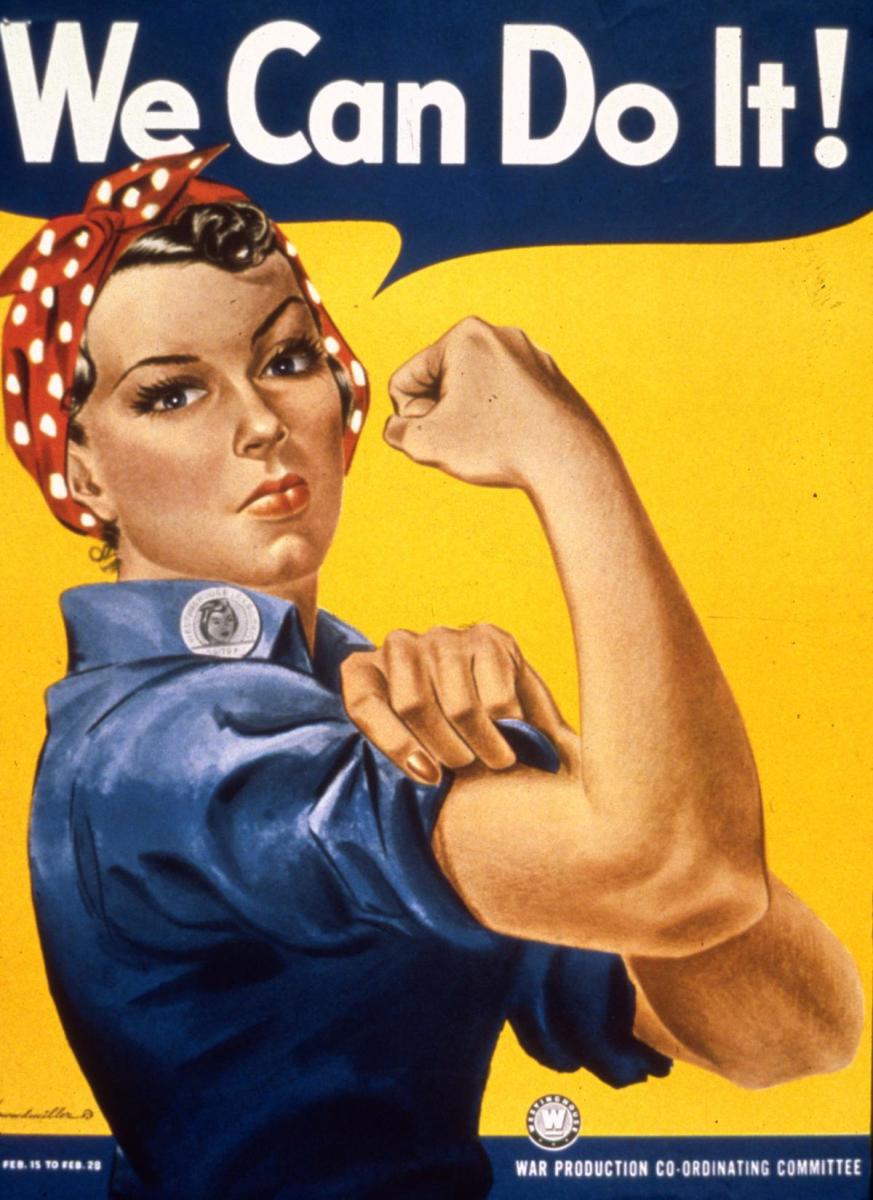 Rosie the Riveter is a cultural icon of World War II, representing the women who worked in factories and shipyards during World War II, many of whom produced munitions and war supplies. These women sometimes took entirely new jobs replacing the male workers who joined the military. Rosie the Riveter is used as a symbol of American feminism and women’s economic advantage. Similar images of women war workers appeared in other countries such as Britain and Australia. The idea of Rosie the Riveter originated in a song written in 1942 by Redd Evans and John Jacob Loeb. Images of women workers were widespread in the media as government posters, and commercial advertising was heavily used by the government to encourage women to volunteer for wartime service in factories.

According to the Encyclopedia of American Economic History, “Rosie the Riveter” inspired a social movement that increased the number of working American women from 12 million to 20 million by 1944, a 57% increase from 1940. By 1944 only 1.7 million unmarried men between the ages of 20 and 34 worked in the defense industry, while 4.1 million unmarried women between those ages did so. Although the image of “Rosie the Riveter” reflected the industrial work of welders and riveters during World War II, the majority of working women filled non-factory positions in every sector of the economy. What unified the experiences of these women was that they proved to themselves (and the country) that they could do a “man’s job” and could do it well. In 1942, just between the months of January and July, the estimates of the proportion of jobs that would be “acceptable” for women was raised by employers from 29 to 85%. African American women were some of those most affected by the need for women workers. It has been said that it was the process of whites working alongside blacks during the time that encouraged a breaking down of social barriers and a healthy recognition of diversity.