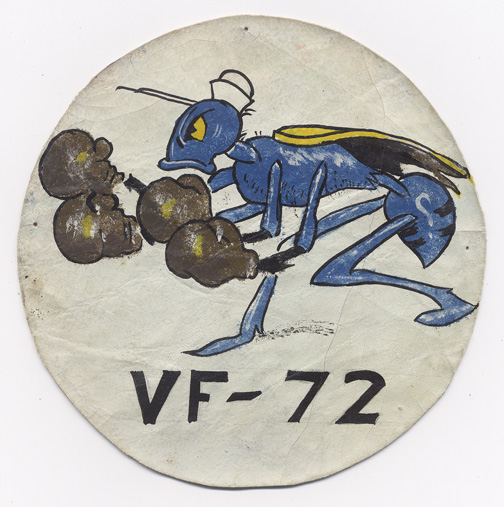 VF-7 was originally equipped with Grumman F2F and Grumman F3F aircraft. It was reequipped with the F4F-3 Wildcat in December 1940 and deployed as part of Carrier Air Group 7 (CVG-7) aboard the USS Wasp.

Following the sinking of the USS Hornet on 26 October 1942, VF-72 was deployed on USS Nassau from January until March 1943 when it was disembarked at Pearl Harbour.